Knowing two languages is not a big deal in some cultures of the world. Some children are just accustomed to two languages from an early age because of the different origins of their parents. These children have shown noticeable signs of early development compared to children who only know one language. This article aims to educate parents about the benefits of raising bilingual children.

Why is Learning a Second Language as a Child Easier?

Parents often ask this question: Is it okay to thrust a second language upon your child when they are struggling with a primary language?

In their early years, children get familiarized with a lot of things. Once they join kindergarten or preschool, their environment and activities change drastically. They learn to be friends with other children and play with them. This is how they acquire the feeling of compassion for their fellow beings and at the same time develop the skills of competition. While this may seem to be a lot to parents, this comes naturally to children. And like these things, learning a second language also comes very naturally.

Human brains are wired uniquely at a young age. A child’s early years are the critical stage of development when the brain is most receptive to new things. Children exposed to a bilingual household or environment can spot the switch in language when they are six months old. A survey by the University of Washington News shows that 27 percent of children under the age of 6 in the US are learning a language other than English. Some people believe that learning a second language will hamper or damage a child’s ability to excel at their native language. This is simply not true. In fact, learning a second language can be very instrumental in their linguistic excellence.

When adults try to learn a new language, they focus on grammar and vocabulary. But for a child, patterns, sounds, and structure hold more importance. It is easier to learn a language naturally by emphasizing patterns and structures rather than by rules constructed by linguists. Up to the age of 8, the ear and the speech muscles are flexible enough to mimic any sound. So, it is also easier for children to pick up particular accents.

It will be a lot easier to learn a second language as a child than it will be as an adult.

Benefits of Being Bilingual as a Child

Here are some of the benefits of raising bilingual children:

Future Benefits of Being Bilingual

While learning a second language may be beneficial for children, it has a number of benefits for adults also–

This article talks extensively about the immense benefits of raising bilingual children. Even parents of bilingual children, who are not bilingual themselves, can benefit from their child’s learning process. Learning a language is different from learning to do anything else. It becomes a part of your life and self in a way no other skill can.

To further support your children on their Mandarin Chinese learning journey, sign them up for a free trial with us today.

At LingoAce, we provide many helpful and innovative resources specially tailored to your child’s needs. Each lesson your child takes with us is a product of over 100 hours of curriculum creation, courseware production, mock teaching, teacher training, and quality control (QC) rounds. 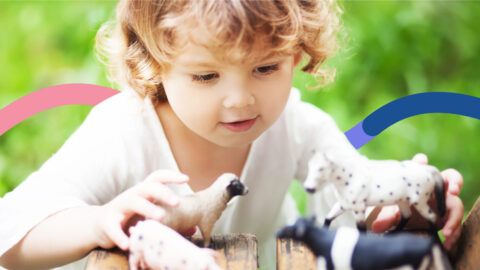 Quickly Learn How To Count To 10 In Mandarin Chinese

Most Popular Chinese Idiom Stories You Don't Want To Miss

Is Learning Mandarin Chinese Online Effective? The Advantages of E-Learning

How to Learn Mandarin Chinese in 10 Minutes Every Day?

5 mins read
Back to blog